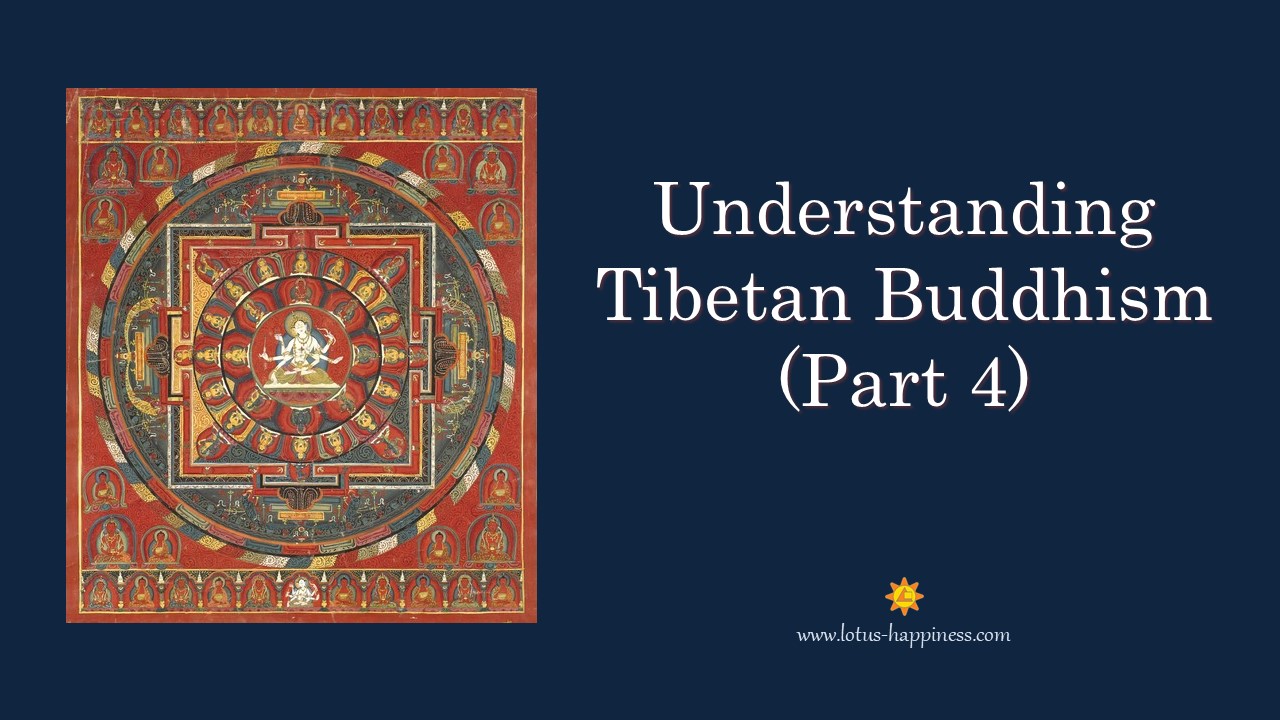 Literally, Nyingma means “the ancient ones” thus it represents the traditional school in the ancient transmission period. It is originated from the collaboration between King Trison Detsen and the Indian masters, Shantarakshita and Padmasambhava. As the origin of the lineage, the Tantric teachings of Padmasambhava are especially important in the Nyingma school.

The early masters were known as Ngakpas, i.e. “Tantric Yogins”, who mastered and preserved the oral transmission teachings of Padmasambhava. They continued the transmission through the dark period of Tibetan Buddhism between 9th and 11th centuries. As more and more Termas or “treasures” deposited by Padmasambhava were discovered by the Tertons or “treasure revealers” in the 11th century, this school was revitalized and strengthed.

One of the greatest masters after Padmasambhava in Nyingma school was Longchenpa or Longchen Rabjam (AD 1308-1363). He composed over 250 works. He also delineated nine vehicles of Dharma in the categorization of Buddhism, namely,

The first two refer to Hinayana, and the third is ordinary Mahayana. The next three Tantras are the “outer” Tantra, while the last three Tantras are the “inner” ones. The six Tantras refer to the six perfections. “Drok chen” the “Great Perfection”. The crowning glory of the Nyingma teaching is found in the Ayiyoga Tantra vehicle, the highest of the nine.

Amongst the four major schools of Buddhism in Tibet, Nyingma has been the least monastic. It is always referred as “red school”.

Sakya literally means “grey earth”. This school began in 1073 with the foundation of a meditation center in the province of Tsang at Sakya. The center was founded by Master Konchog Gyalpo of Khon clan. In mid 11th century, Konchog Gyalpo and his brothers found that many of the traditional Tantric practices of Padmasambhava were modified and compromised by some adherents. They looked for the new Tantras propagated by Drokmi Lotsawa, who was later appointed as the Lama of Konchog Gyalpo.

Kunga Nyingpo (AD 1092-1158), the son of Konchog Gyalpo, also known as “the Great Sakyapa”, began the process of enriching the Sakya school in both philosophical and Tantric teachings by some great masters. The expansion of the school continued with the efforts of his sons, Sonam Tsemo (AD 1141-1182) and Jetsun Drakpa Gyaltsen (AD 1147-1216).

Sakya Pandita Kunga Gyaltsen (AD 1182-1251), the grandson of Kunga Nyingpo, usually known as “Sakya Pandita” (“the Sakya scholar”), was the fourth and perhaps the greatest master of the early Sakya school. He was famed as the only Tibetan master to possess the outer signs and characteristics of a fully enlightened Buddha. He was said to be the incarnation of Manjushri because of his spiritual accomplishment and extensive knowledge in all aspects.

Chogyal Phakpa (AD 1235-1280), nephew of Sakya Pandita, became the Lama of the famous Mongol Emperor, Kublai Khan. Later, the Klan established the Sakya school as the ruler of Tibet, a position which they held for the next 75 years.

For the spiritual teachings of Sakya school, the most significant one is the cycle known in Tibetan as “Lamdre”, which means “the Path and its fruit”. It is originated from the mystical experience of an Indain Yogin, Virupa in the 9th century. The Lamdre provides a systematic approach through meditation practices of both the Sutras and Tantras. It highlights the “inseparability of Samsara and Nirvana”, as it says in the Hevajra Tantra, “By rejecting Samsara one will never find Nirvana”. Similarly, one will understand the difference between Buddhas and ordinary beings is that the latter do not recognise their own true nature.

This school is sometimes called ‘flower school’, with the mix of red, white and blue.

Both Sakya and Kagyu are the principal schools developed during the transmission of new Tantras, the form of Vajrayana in the 11th century. While the Sakya school is marked for its eminence in scholarship and Tantric ritual, the Kagyu school is characterized by its meditation and yogic practices. The Kagyu school was founded by Marpa (AD 1012-1097), and Milarepa (AD 1040-1123).

Marpa inherited the teachings from accomplished masters such as Naropa and Maitripa in India, and established the core syllabus for Kagyu practitioners to practice. The essence of the teaching is known as Mahamudra (“the Great Seal”) and “Six Dharmas of Naropa”, both of which are actually part of Anuttara Tantra. The former is concerned about the actual direct experience of nature of mind itself, while the latter comprises techniques for gaining some spiritual powers. Marpa married Lady Dagmema and had several children in a rich family. However, his followers recognised him as a Buddha in person.

Milarepa was a great ascetic and foremost master and a poet, who received the lineage from Marpa. He was born in Tibet, and became a student of Marpa at the age of 38. He received the precious Vajrayana instructions from Marpa, and then he spent many years meditating upon them in the snowy mountains of Tibet and Nepal, dressed only in a white cotton robe. He attained the highest level of realization, and transmitted it to his disciples in formal initiations and instructions, as well as his inspiring poems and songs.

Gampopa (AD 1079-1173) was the chief student of Milarepa. Before that, he had spiritual training in the Kadam school. So, Gampopa synthesized the monastic disciplines and non-Tantric path of Kadam school with the Tantric teachings of Milarepa. The Kagyu sect spread rapidly and widely through Tibet in the next two generations. The Kagyu school quickly split into numerous sub-sects, known as “four great” and “eight minors” schools headed by Gampopa’s chief disciples.

Amongst these sub-sects, Karma Kagyu set forth the recognition of reincarnated Lamas. This custom began in the 13th century with the discovery of Karma Pakshi, the reincarnation of Karmapa Dusum Chenpa (AD 1110-1193), who had established the Karma Kagyu school to this present day, aided by other great incarnations such as the Shamar and Tai Situ Lamas.

Mahamudra is the key meditation cycle of all Kagyu school in Tibet. The enlightened masters “seals” or certifies everything that arises within his field of experience worth his understanding of emptiness. The whole phenomenal world is nothing other than mind, but mind itself has no essence by which it can be grasped. Mind and phenomenal world are inseparable and empty. This unity is all-embracing and eternal. Mahamudra was systematized by Gampopa into a graded series of practices.

Similar to the Nyingma school, the practitioners have to accomplish the outer and inner preliminaries. Then they are instructed to practice Shamatha, and then Vipashyana.

Shamatha, “calm abiding”, is like Trek-cho in Nyingma school. Besides Shamatha, the Kagyu practitioners have to meditate on the goddess Vajravarahi as the development stage and then the Yogas of the Six Dharmas of Naropa as the completion stage. The six elements are the Yogas of heat, luminosity, illusory body, dream, transference of consciousness and the intermediate state (Bardo).

Then the practitioners can proceed to Vipashyana, the development of insight into the nature of mind. At this point, one receives “direct introduction to the nature of mind” from one’s Lama. It can be effected through words, symbols, or even direct mind-to-mind transmission. Whatever arises from one’s mind is simply the manifestation of the Dharmakaya itself, since our mind is the Dharmakaya and the ultimate reality of all Buddhas.

Gelug literally means “system of virtues”. This school is known as the “Yellow Hats” and is extremely popular in Mongolia and Tibet.

In 14th and 15th century, the transmission of Buddhism from India to Tibet ceased, and Buddhism was entirely Tibetan. The founder of Gelug, Tsongkhapa (AD 1367-1419) was born in Tibet, who inherited the teachings and practices for his new traditions from Tibetan masters of other school, without going to India. He included Sakya philosophical works and meditative practices from Kaygu, Sakya and other schools. Most importantly, he drew upon the ‘graduated path’ approach of Atisha and the Kadam school. So his followers became known as the ‘new Kadam’. In his teachings, he developed his own version of Madhyamaka. He also promoted the study of logic and epistemology. Tsongkhapa was perhaps the most notable for his strict observance of the monastic disciplines as set forth in the Vinaya.

Tsongkhapa preached in his monastery of Ganden, some 35 miles from Lhasa. Shortly after, two other monasteries was built in Sera and Dreprug. Over the next two centuries, the school developed rapidly with the strong support from the disciples. In 1578, Sonam Gyatso, the second reincarnation of Tsongkhapa’s main disciple visited the Mongolian ruler Alta Khan, who was deeply moved. The king then became a Buddhist and bestowed the title “Dalai” – the Mongolian word for ocean – on Sonam Gayato, as a recognition on his profound knowledge on Lamaism. Thus, the monk-patron relationship was re-established and the institution of Dalai Lama was created.

Sonam Gyatso is known as the Third Dalai Lama, as his previous two incarnations (Gendun Gyatso and Gendun Druba) were given the title posthumously. The Fourth Dalai Lama came from Alta Khan’s family, and this linked the relationship between the two countries.

In 1642, a high-ranking master of the school, the fifth Dalai Lama, Ngawang Losang Gyamtso (AD 1617-1682), was put on the throne of Tibet by Mongol intervention. Gelug was then regarded as the state monastic order throughout the major parts of Tibet. It should be noted that the Dalai Lama, who, in a succession of incarnations since 1642 has been the king of Tibet, is not actually the head of the Gelug school. The role of the head is an elected abbot in the monastery of Ganden, the first Gelug monastery founded by Tsongkhapa. The “Great Fifth” became the first Dalai Lama to lead a united Tibet. He was also invited by the first Manchu emperor, as many subsequent Dalai Lamas did, the spiritual leader to the Chinese rulers.

Common Characteristics of all Schools

The similarities of all schools are actually greater than their differences, for instance,

Popularity of Tibetan Buddhism in the West

Tibetan Buddhism was first known and popular in the west by the 19th century when the Theosophical Society was founded by Madam Helena Petrovna Blavatsky. Some may think that Tibetan Buddhism was not really Buddhist, as it is quite different from the traditional Buddhism typified by Theravada or Chan, which emphasize philosophical, intellectual approach. It has its uniqueness in religious traditions. In fact, the name of Tibetan Buddhism is called by the westerners, while the Buddhist devotees in Tibet classify their religion, in common, as Vajrayana Buddhism or Tantric Buddhism. 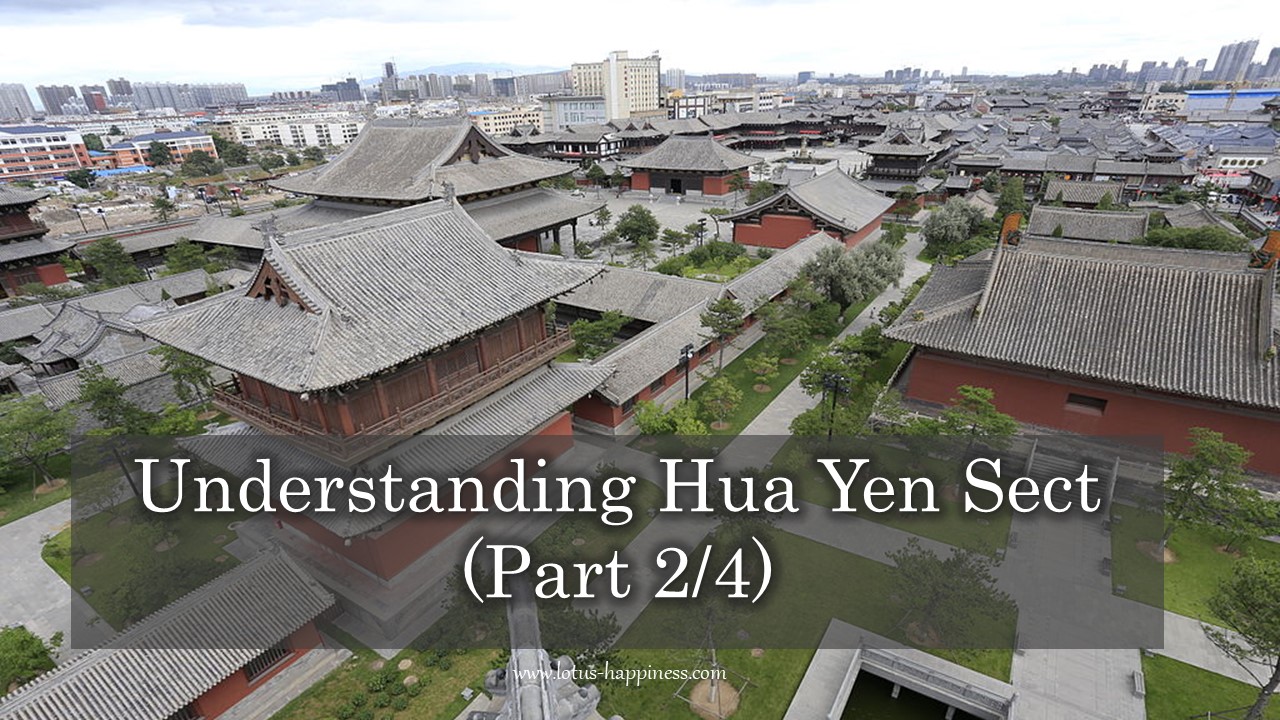 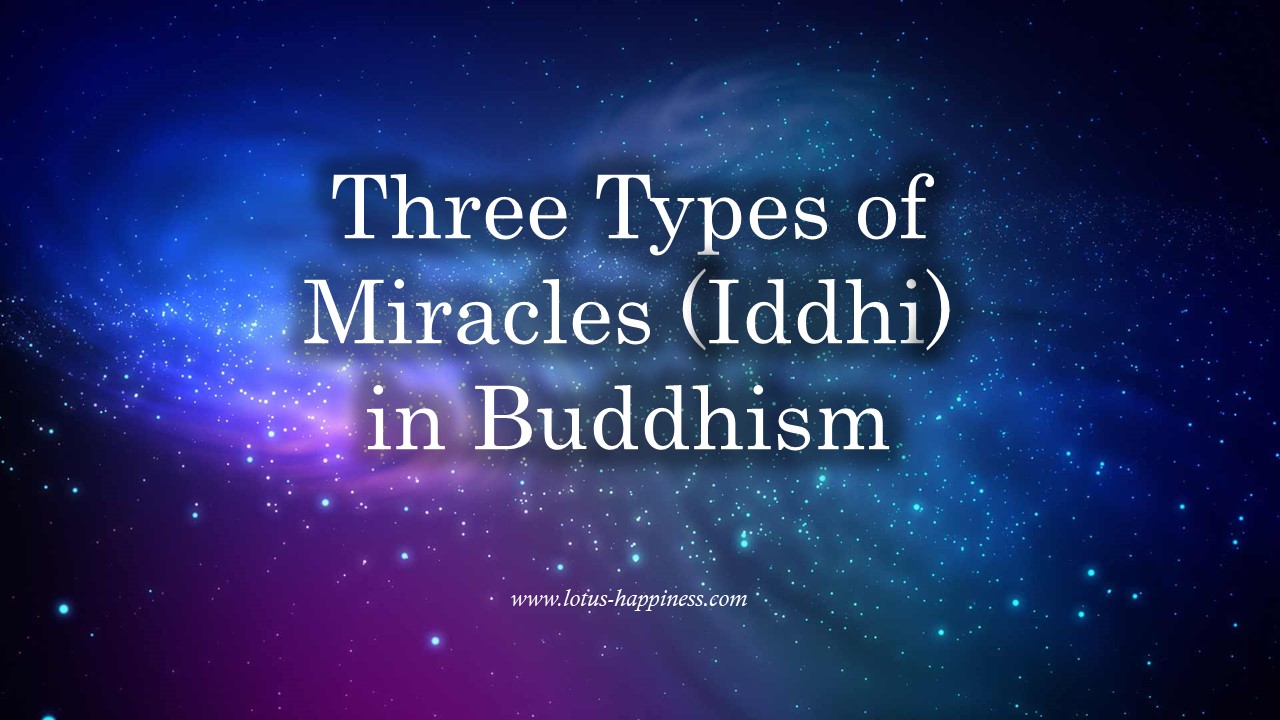 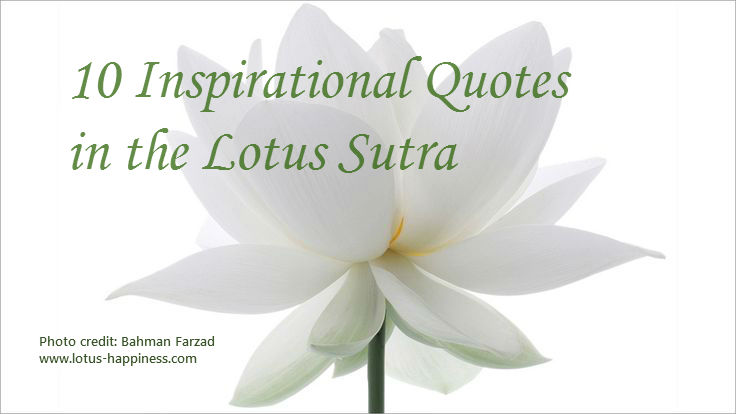 1.   Deep Compassion of Shakyamuni Buddha “Every day, I am thinking: ‘How can I lead all living beings to enter the […] 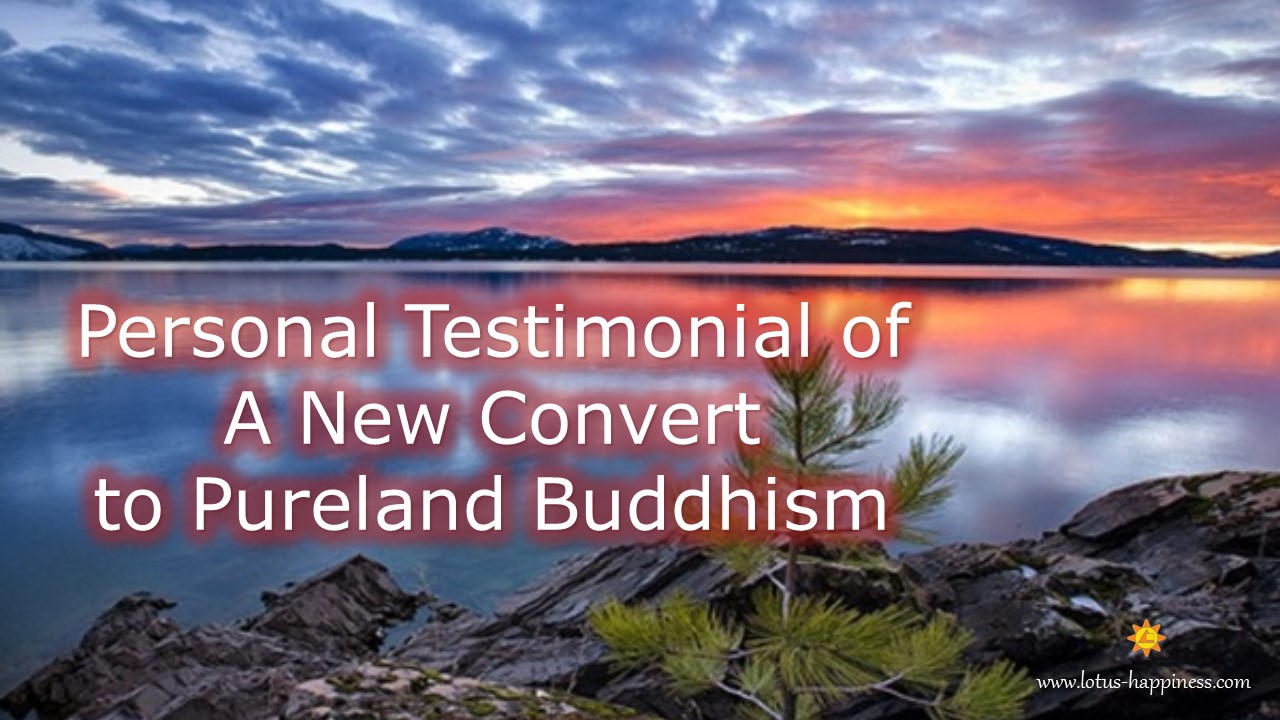 Personal Testimonial of A New Convert to Pureland Buddhism By P.H. (Purelanders) Amituofo! This account is based on my experiences and views, […]