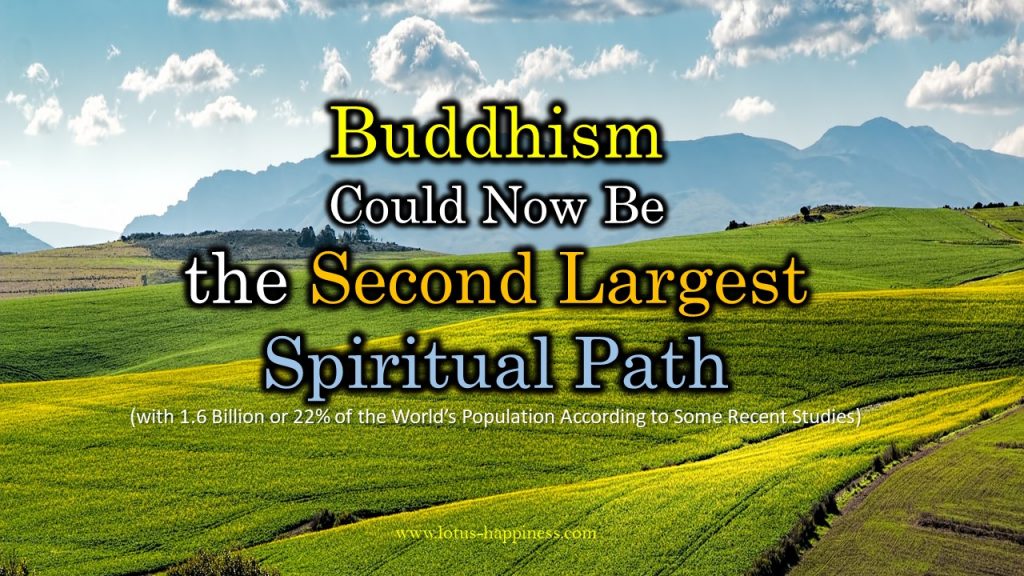 Buddhism Could Now Be the Second Largest Spiritual Path

(with 1.6 Billion or 22% of the World’s Population According to Some Recent Studies)

Buddhism has never been a “propagation” spirituality. Actively seeking out “converts” is discouraged for the most part. Individual spirituality is emphasized more than group activities. Some people don’t even think of Buddhism as a “religion”—certainly not an organized religion with dogma. So, it is with sense of optimism—without pride or attachment?—that we report the latest estimates of Buddhist population worldwide at over 1.6 billion, now closing in on a quarter of the population.

Why optimism? Because, it’s remarkable that a spirituality and philosophy with no central authority, no rigid dogma and no mission to proselytize, can never-the-less quietly grow. It’s not a matter of pride, but one of inspiration and hope. 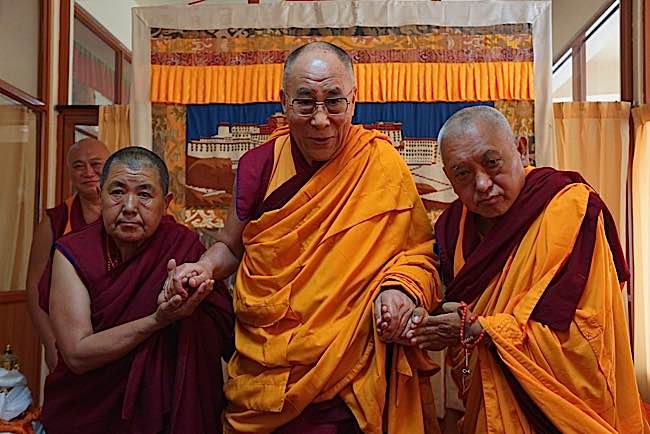 Teachers such as the Dalai Lama (centre) and teachers such as Lama Zopa Rinpoche (right) have helped spread Tibetan Buddhism around the world, one of the fastest growing “religions.” The Dalai Lama’s gentle teachings and appearances, especially, have been enthusiastically received by students in numerous countries.

This may be an optimistic number, given 2010 estimates around 500 million, and I’m the first to doubt this number. I believe the real number is somewhere between the low estimates of 500 million or so (in 2010), and the 1.6 Billion being floated today. Tibetan Buddhism especially has accounted for much of the growth in the west in earlier reports (2010 estimates). But in sheer numbers, China’s sudden official re-embracing of Buddhism  makes the higher number is feasible, given their population density. 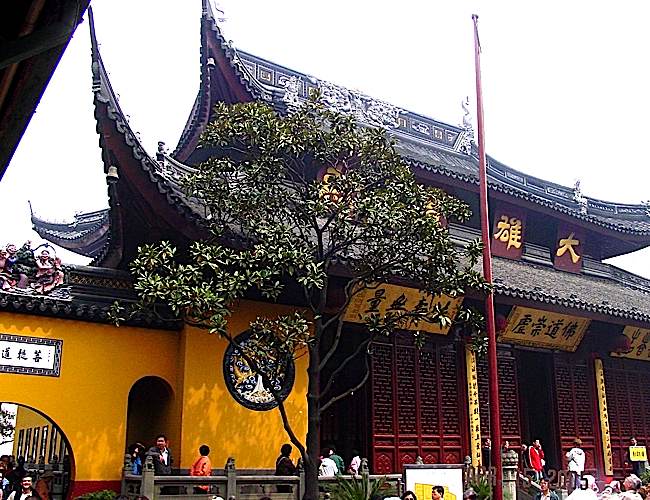 The Jade Buddha Temple in Shanghai.

Clearly, the return of active spirituality in China accounts for the surge in estimates from 7% or 488 million Buddhists [1], only a few years ago, to today’s estimates of 1.6 billion or 22% of the world’s people. China, only a few years ago, was attributed a mostly non-spiritual status. Now, with freedoms returning, there are over 28,000 Buddhist monasteries, 16,000 temples and 240,000 Buddhist monks and nuns. 80% of the Chinese population, just over 1 billion, now—according to some estimates—call themselves lay Buddhists. Other estimates are much lower, varying from expert to expert.

If you believe the majority of Chinese are Buddhist — considering Buddhism is now officially supported in China and their active program to rebuild temples — then the 1.6 billion estimate seems at least possible. Previous studies, prior to official support, estimated China’s Buddhist population at only 244,130,000. [3] 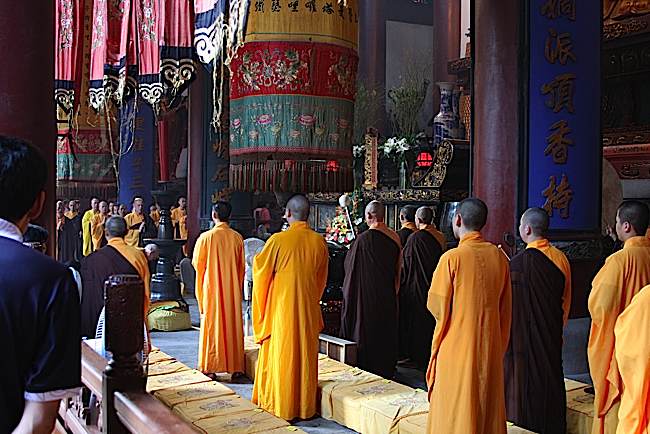 So which is it? The conservative estimate indicated in 2010 studies at just about half a billion, or the 1.6 Billion, now estimated by some studies in 2014? It doesn’t really matter, of course. Numbers are just a label of another kind. The number is just a matter of curiosity or interest, nothing more.

A Buddhist temple is now being constructed in Moscow, the Russian capital, for the first time, signalling the countries openness to diverse spiritualities. The temple is scheduled to be completed by 2017. The temple will have it’s own library, a cinema, a five meter statue of the Buddha and will have a clinic for Tibetan Buddhist medicine. [4]

Russia and China’s sudden re-embracing of Buddhism is a hopeful sign of peaceful, organic growth of Buddhism in all its forms worldwide. 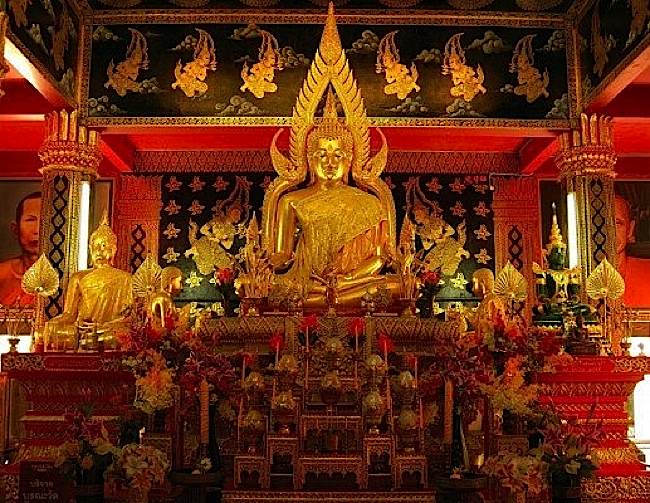 Russia will complete construction on an elaborate Buddhist Temple, complete with Tibetan Buddhist Medical clinic, by 2017. This will be the first Buddhist temple in Russia, according to World Religion News.

How do we know?

How do we know this is a reliable estimate? There’s no worldwide census to rely on, but this data is reasonably extrapolated by Dr. Daya Hewapathirane, based on studies published in 2010 and 2013. The shift in numbers (from 6% to 22%) is largely due to the willingness of the Chinese population to now identify with Buddhism. Prior to the mid-1990s , religious affiliations in China may not have been openly declared. Between 1966 and 1976, in particular, religion was discouraged.

Now, China is actually encouraging the promotion of Buddhism, and not just Shaolin monk world tours and tourism. China affirmed its status as the most populous Buddhist nation and “declared its commitment to spearhead and support international initiatives to protect Buddhism and Buddhist culture,” according to Dr. Hewapathirane. 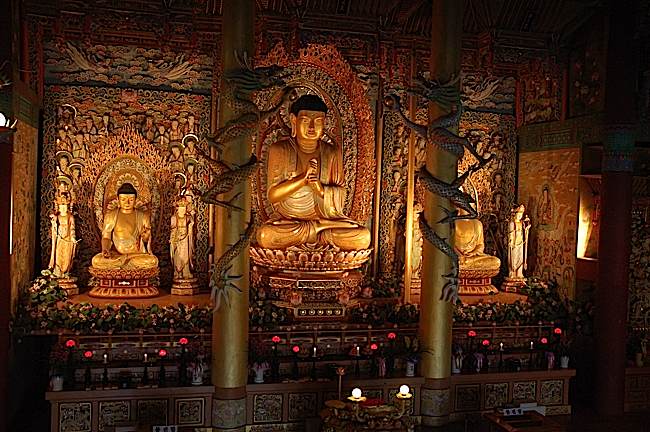 The 14 countries with higher than 50% Buddhist populations are:

[1] Low estimate according to Adherents.com

[5] Stats from [2] above and from “Largest Buddhist Populations” Buddhanet.net.

Lee Kane is the editor of Buddha Weekly, since 2007. His main focuses as a writer are mindfulness techniques, meditation, Dharma and Sutra commentaries, Buddhist practices, international perspectives and traditions, Vajrayana, Mahayana, Zen. He also covers various events.
Lee also contributes as a writer to various other online magazines and blogs. 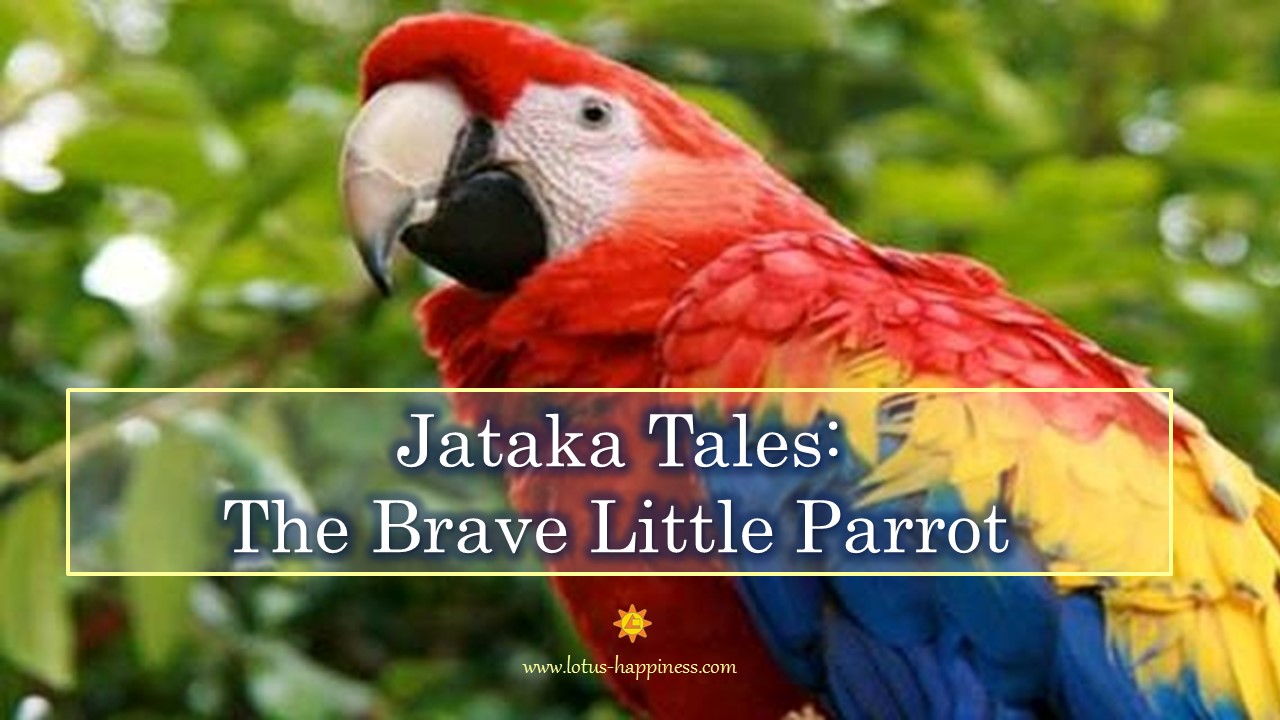 Jataka Tale: The Brave Little Parrot  Once, long ago, the Buddha was born as a little parrot. One day a storm fell […] 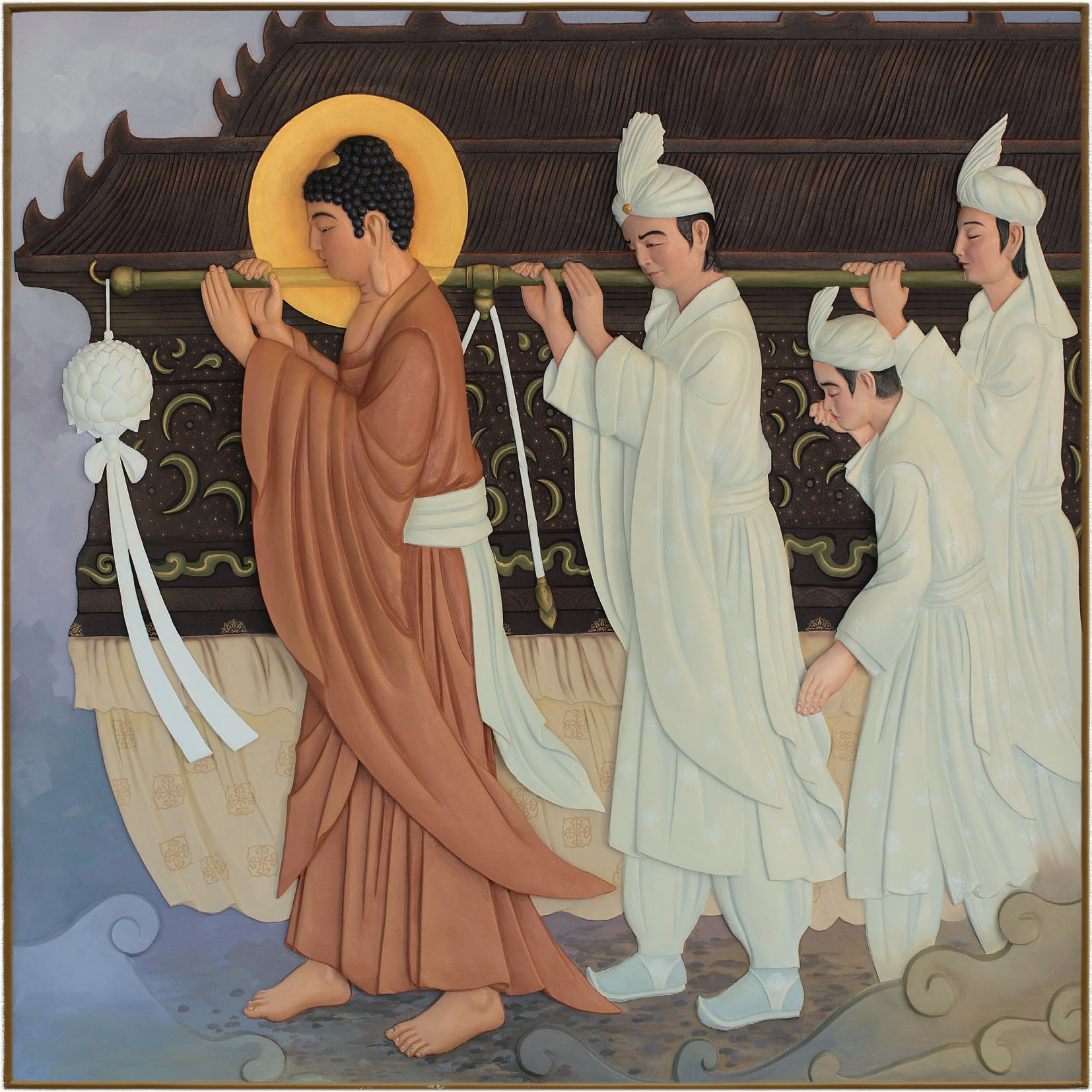 One day, while the Buddha was residing at Vulture Peak meditating, a messenger came from his father’s palace to tell him that […] 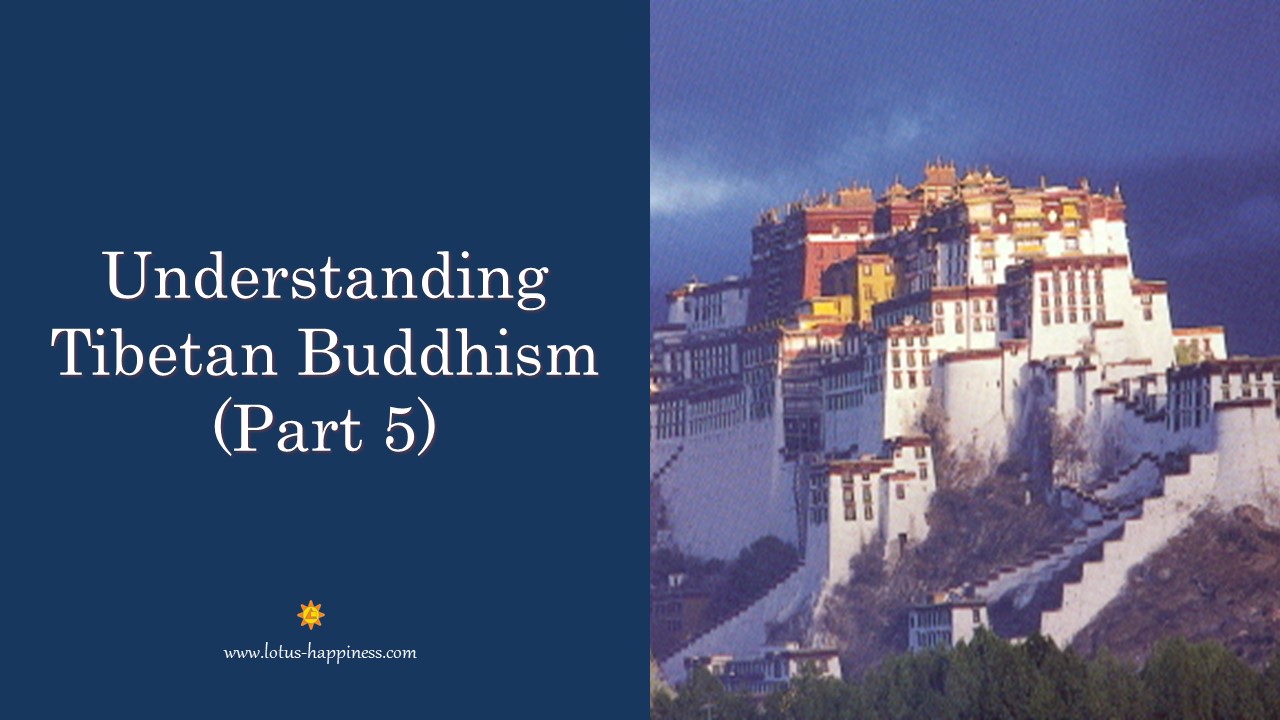 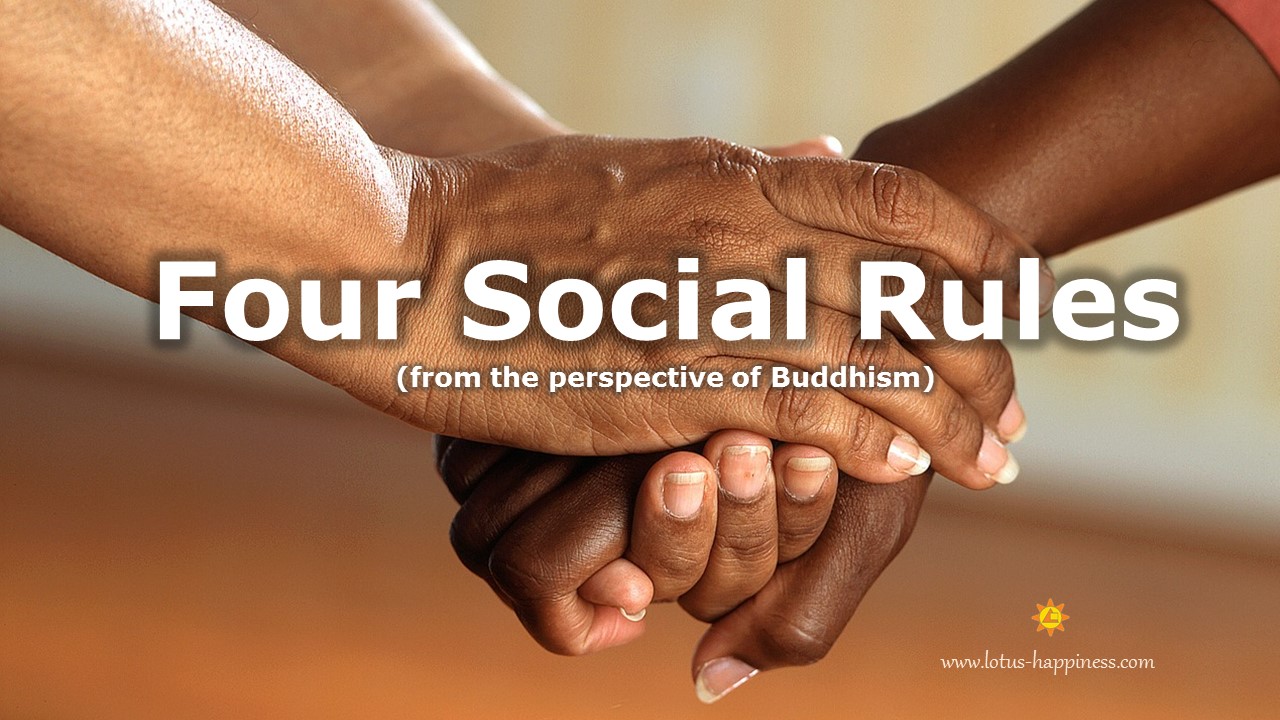