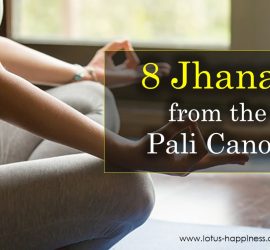 8 Jhanas from the Pali Canon The jhanas are altered states of consciousness which are produced from periods of strong concentration. Although not enlightenment experiences, they do provide much needed experience into the Path and explain much of the cosmology in an experiential way. For example, each jhana tends to correspond to […] 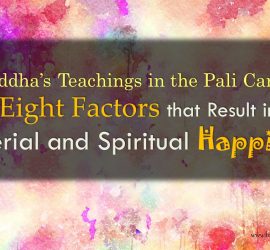 Buddha’s Teachings in the Pali Canon: Eight Factors that Result in Material and Spiritual Happiness Shakyamuni Buddha’s teachings documented in the Pali Canon are exceptionally practical and relevant for lay Buddhist practitioners to lead rewarding and fulfilling lives. In AN 8.54 Dighajanu Sutta: Conditions of Welfare, a wealthy lay Buddhist […] 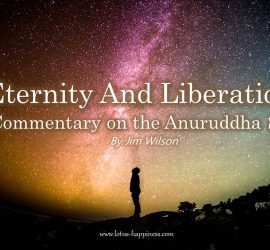 Eternity And Liberation: A Commentary On The Anuruddha Sutta by Jim Wilson   Eternity and Liberation On a number of occasions when someone asked the Buddha about the nature of the eternal, or the extent of eternity, or whether eternity existed, the Buddha refused to answer, or responded by saying […] 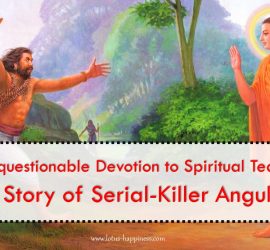 Unquestionable Devotion to Spiritual Teacher: Story of Serial-Killer Angulimala It might astound many people, including many Buddhists, to learn that one of the arhats, or enlightened saints, was a serial killer. This killer was named Angulimala, whose name means “Finger Garland,” due to the garland composed of the finger bones […] 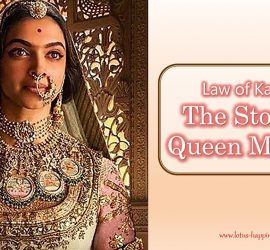 Law of Karma: The Story of Queen Mallika Great Merits from Sincere Giving to the Buddha At the time of the Buddha, a daughter was born to the foreman of the guild of garland-makers in Savatthi. She was beautiful, clever and well behaved and a source of joy to her […] 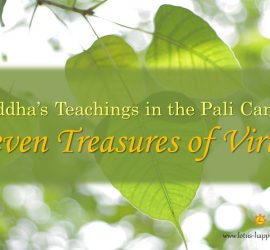 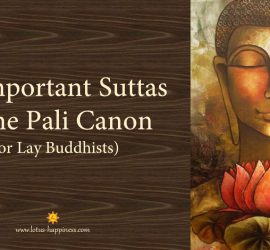 20 Important Suttas in the Pali Canon (for Lay Buddhists) There are tonnes of gems in the Pali Canon suttas of the Theravada Buddhist tradition. Many of these suttas have splendid wisdom about the world we live as well as insights for practical applications in daily lives. Most Buddhists […]